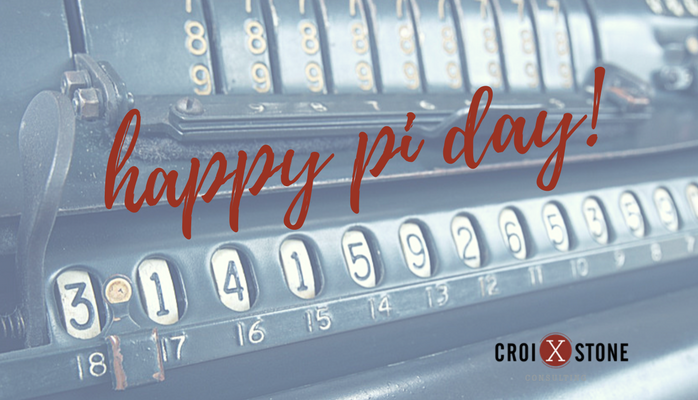 For those of us who love numbers, we know the significance of today…it’s Pi Day! What makes pi (π) so special? You may recall from your days in school that pi is the ratio of a circle’s circumference (the distance around the circle) to its diameter (the distance across the circle at its widest point), and the digits of pi never end and never show a pattern. Some of us even memorized the starting digits of pi, 3.14159265359…

Due to its connection to cycles and its involvement in equations relevant to circular or harmonic motion, pi is used every day in billions of computations, from large-scale supercomputers simulating the earth’s climate to the mechanics behind your ability to talk on your cell phone. Here are just a few of the areas where pi is used:
.
There is an endless number of applications of pi. Even though we can’t see pi, it is at work in the world around us each day.
Happy Pi Day from Croixstone Consulting!